skip to main | skip to sidebar

AS MCA Political Education Bureau head, I have reservations over the written reply given by Prime Minister Datuk Seri Abdullah Ahmad Badawi to Member of Parliament for Bukit Gelugor Karpal Singh in the Dewan Rakyat on 12 March 2009 that "Malaysia is a 'negara Islam'."

The MCA is of the position that Malaysia is nothing but a secular state. This is evidenced from the following historical accounts and the subsequent debates when the Federal Constitution was drafted:

The Alliance Memorandum submitted to the Reid Constitution Commission on 27 Sept 1956 clearly stated that "the religion of Malaya shall be Islam ... and shall not imply that the state is not a secular state."

When the Working Party, comprising the Alliance and the rulers' representatives and the High Commissioner, met on 22 Feb 1957 to review the Reid Commission draft on the possibility of the provision on religion being misinterpreted, the Alliance and Umno chief Tunku Abdul Rahman assured the Working Party that "the whole Constitution was framed on the basis that the Federation would be a secular state."

At the London Constitutional talks in May 1957, the Colonial Office did not object to the inclusion of an official religion after being assured by the Alliance leaders that they "had no intention of creating a Muslim theocracy and that Malaya would be a secular state."

On behalf of the Alliance, (later Tun) Tan Siew Sin told the federal legislature that the inclusion of the official religion "... does not in any way derogate from the principle, which has always been accepted, that Malaya will be a secular state and that there would be complete freedom to practise any other religion."

A year after Independence, on 1 May 1958, then Prime Minister Tunku Abdul Rahman clarified in the Legislative Council that "I would like to make it clear that this country is not an Islamic state as it is generally understood. We merely provide that Islam shall be the official religion of the state."

The above position has received judicial recognition. Former Lord President Tun Mohamed Salleh Abas, in Che Omar bin Che Soh v Public Prosecutor (1988), stated that the term "Islam" in Article 3(1) of the Federal Constitution meant "only such acts as relate to rituals and ceremonies... the law in this country is ... secular law."

The former Lord President Tun Mohamed Suffian Hashim also wrote that Islam was made the official religion primarily for ceremonial purposes, to enable prayers to be offered in the Islamic way on official public occasions, such as the installation or birthday of the Yang di-Pertuan Agong, Independence Day and similar occasions.

The MCA is of the position that the guiding principles for public administration in our beloved multiracial country shall always adhere to universal values of equality, justice, fairness, transparency, mutual respect, the rule of law, etc., which transcends all religions. 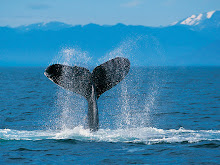